Anyone who has travelled to Africa recently will be aware of the frankly terrifying levels of poaching experienced by rhinos and elephants around the continent. But while these two animals deservedly get the majority of the press and charitable attention, they are not the only victims of mass human consumption of ivory and horn.

This is a critical time for African wildlife conservation in general; wild animals with commercial value have become particularly vulnerable thanks to an Asian black market that is out of control.

And because there is almost no state funding for conservation projects in a number of African countries, parks rely heavily on luxury game lodges and tourism revenue to maintain some semblance of order.

Which is why the owners of safari operators around southern and eastern Africa are now working together to protect a new animal that is under threat: the hippo, an unexpected victim of this barbaric practice.

Previously famed for its short temper, thin skin, Greek name (which amusingly means river horse) and nerve-wracking ability to overturn boats with a flick of its head, the humble hippo has now caught the attention of international poaching syndicates.

This is due to a variety of reasons. As ivory and rhino horn becomes increasingly more expensive and policed in Asia, poachers and wildlife sellers have started replacing them with hippo’s teeth, which are made from a material similar to ivory, and which can often also be used in traditional Chinese medicine.

Unlike elephants and rhinos, which are endangered, hippos are listed under appendix II of CITES, meaning some trade in their body parts is possible. And as a result, increasingly desperate stories are emerging of pods of hippo being machine-gunned down and all their teeth removed and sent to Asia.

Practicality plays a part – it takes a lot of effort to kill an elephant or rhino as both are hugely protected around the globe, while international regulations pertaining to their body parts are clear: no trade allowed. Airports in Africa and Asia are kitted out with technology and sniffer dogs trained to find rhino horn or ivory, while smuggling large tusks internationally is highly conspicuous. Elephant and rhino in most game parks are also often tracked and notched, fitted with collars and watched by local game rangers.

Hippos, however, have not yet benefited from any of this infrastructure, and therefore offer a cheaper and easier route into poaching and international trading in wildlife parts. But will it remain that way until they rise up on the priority list of the international conservation community? Or is this a temporary problem?

And while only time will tell how great the battle for the hippo is, many of these lodges are already tracking and monitoring the animals that live on their land and are encouraging guests to participate in wildlife conservation programmes during their stay. But most of all, they are teaching clients to appreciate how special these four-tonne, pink-skinned, wildly territorial animals actually are. 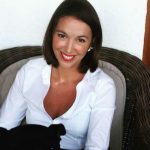 MELISSA TWIGG
Melissa Twigg is a freelance journalist writing about art, fashion, people, travel and the environment, specialising in Africa and Asia. She previously worked for Hong Kong Tatler as features editor and then as managing editor for regional titles, and currently freelances for publications such as The South China Morning Post, The Sunday Times and The Business of Fashion.