TINDER’S MOST ELIGIBLE BACHELOR: WHY SUDAN’S DEATH REALLY MADE THE HEADLINES

There are two reasons why the death of Sudan – the last male northern white rhino – made international headlines: The first is, of course, because it means the almost inevitable extinction of a sub-species of rhino; the second reason is down to the marketing of Sudan as a ‘character’, cause and symbol.

Conservation is often seen a dry, tedious subject. But Sudan’s story was given a playful edge despite the gravity of the situation. PR and social media were harnessed to get the issue into the public eye, with an aim to raise funds for the expensive vitro fertilisation techniques and stem-cell technology required for the last-ditch attempt at extending the line of northern white rhinos.

In 2009, there were seven northern white rhinos left in the world, driven to the brink of extinction by poaching and habitat destruction. Four of those rhinos resided at Dvůr Králové Zoo in the Czech Republic, but breeding did not prove successful. At the end of 2009, these four rhinos were relocated to Ol Pejeta Conservancy in Kenya, in the hopes that a natural, native environment would aid breeding attempts. They were given a 700-acre enclosure and 24-hour armed security.

But nothing worked. In 2014, Suni, the other male rhino, died, leaving Sudan as the only male northern white rhino left in the world. Four years later on 19 March 2018, Sudan died at the age of 45. Today, the only northern white rhinos that remain are the two females at Ol Pejeta.

When it became apparent that the rhinos were going to struggle to breed naturally, vets began developing new, artificially assisted reproduction techniques, never used on rhinos before. Ol Pejeta and Dvůr Králové Zoo are now trying to raise US$9 million with their campaign, “Make Me a Rhino”, so that they can use samples taken from Sudan to advance this research.

When Sudan died, he was already known to the international community. He’d been widely covered in the media, but creative marketing had also helped to boost his exposure, along with the profile of rhino conservation in general.

You probably don’t know of too many rhinos with a Tinder profile. In a campaign by Ogilvy that ran on the dating platform across 190 countries, in 40 languages, Sudan was styled “The World’s Most Eligible Bachelor”. His Tinder page urged users to “swipe right” to “help him find a match”. A link sent through a Tinder message would then lead to a fundraising page where users could donate.

People who were perhaps not going to be reading conservation stories in The Guardian; or absorbing the long-winded, earnest captions under the Instagram posts of wildlife photographers, were now exposed to the plight of the northern white rhino, even if only mid-swipe.

The Tinder campaign clearly raised Sudan’s profile, but did this media coverage actually translate to donations? Although global awareness is important for conservation in the long run, in the short term and specifically to Ol Pejeta, it is money raised through donations that could save the northern white rhino sub-species.

Head of Conservation Marketing at Ol Pejeta, Elodie Sampere, says that she expected more monetary return from the Tinder campaign, given its reach. “Surprisingly it only raised about US$80,000”, she says.

One platform that has worked very well for Ol Pejeta is Reddit. “When Sudan was mentioned on Reddit, a lot of people contributed and donated”, Sampere says. Like Tinder, Reddit is not necessarily a platform that conservationists would think to make use of. A photo of Sudan on Reddit commemorating his death less than a month ago has 3,251 comments and 84,184 points at the time of writing.

The Challenges of Marketing Conservation

If the marketing of Sudan and the northern white rhinos can teach us anything, it’s that conservationists must start to think outside the box when it comes to communicating issues to the general public. Long-form articles are necessary, but they will only continue to reach the people who are already interested.

Sampere says one of the problems is that there are simply too many issues. “The bottom line is that the world is in crisis when it comes to conservation and endangered species”, she says. “There are more ‘bad news’ stories than ‘good news’ stories, and I think that people around the world are getting sick of hearing bad news… I think most people think it’s a loss cause.”

Ol Pejeta have been at pains to stress that Sudan’s death will not be in vain. There is a glimmer of hope with new technology for artificial reproduction, but the attention around Sudan’s death will hopefully be a wake-up call for change-makers who can help reduce rhino-horn demand and make trafficking more difficult across the world.

The reaction to Sudan’s death is testament to how creative campaigning can reach new and wider audiences, which is crucial as we seek to save other at-risk species and environments. 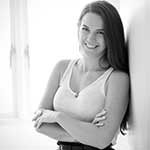 Heather Richardson is a freelance travel writer currently based in Cape Town who’s interested in conservation stories and adventure travel. When she’s not writing or travelling, she enjoys getting outside, hiking around Table Mountain and stand-up paddle boarding around Cape Town’s beaches. @hg_richardson