KEEPING THE WOLF FROM THE DOOR

Not many associate wolves with Africa, but it is believed that at the end of the last ice age, roughly 10,000 years ago, relatives of the grey wolf migrated here from warming European climes. Today they roam the cold highlands of Ethiopia, primarily the Bale Mountains and other smaller pockets of alpine terrain. Their combined population is now less than 500, making the Ethiopian wolf the rarest canid on Earth.

Resembling a sleek, long-legged fox, the Ethiopian wolf has evolved to become a specialist hunter of rodents on the Ethiopian highlands. As their environment grows warmer the wolves move higher and higher up the alpine plane to exploit an ever-shrinking habitat. Their habitat remains rich in prey, but they are under threat from an increasing number of humans who graze their livestock here and rely on domestic dogs to protect their herds from predators such as hyaena. The wolf is of no threat to livestock; however, there is conflict between the two species and bites are common, meaning any virus such as Rabies or Canine Distemper is transferred to the wolves. 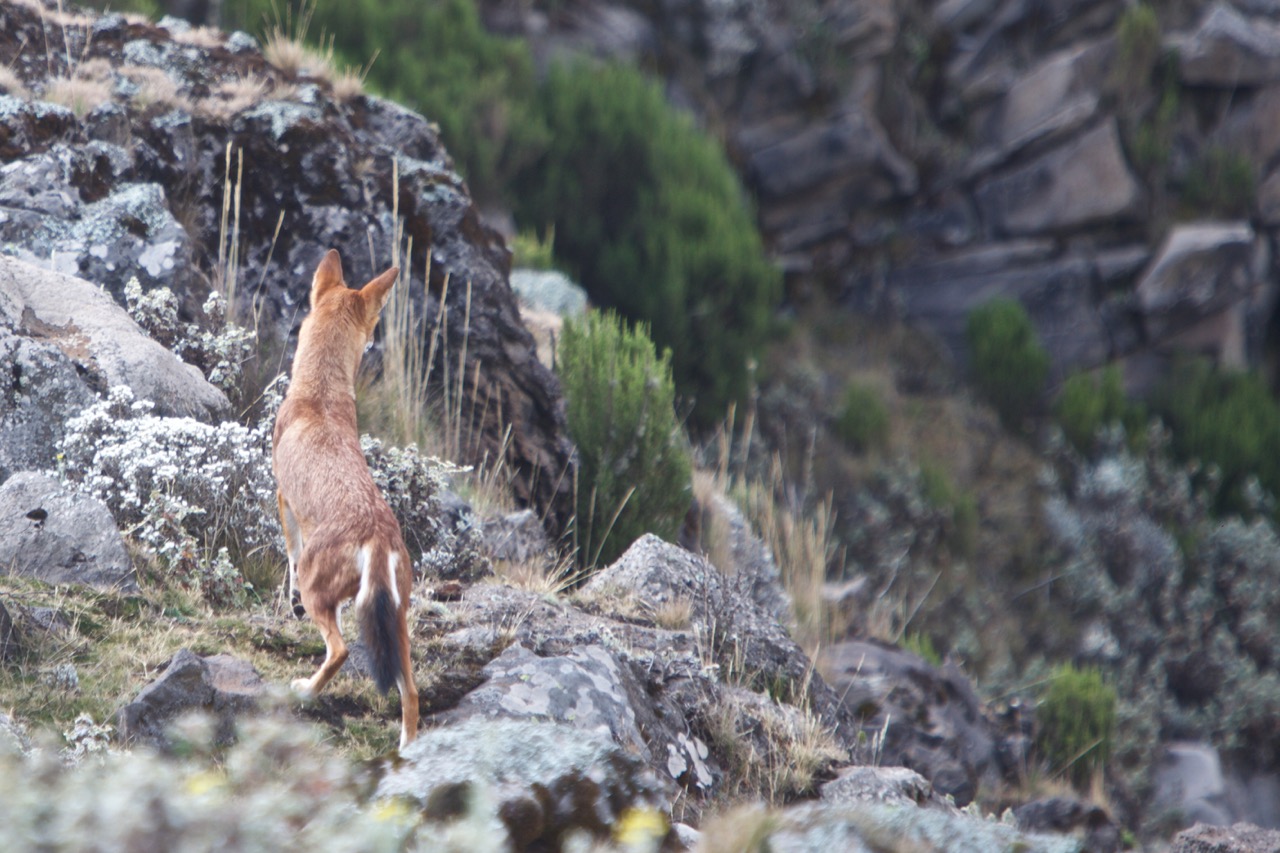 Rabies outbreaks have devastated the wolf population in the recent past. “Since 1990, four major rabies outbreaks led each time to the crash of the Bale Mountains wolf population, the world’s largest, typically killing 50-75% of the subpopulation affected”, says Dr Fekede Regassa of the Ethiopian Wildlife Conservation Authority. The Ethiopian Wold Conservation Programme (EWCP) vaccinates wolves reactively whenever a rabies outbreak is confirmed; this contributes to containing the disease, “but only after many wolves die – by the time rabies is detected the virus is well established and, as wolves are highly social, it spreads fast.”

The wolves in Bale were recovering from the most recent outbreak in 2015. As a result most wolves were protected against rabies, but that did not prevent a Canine Distemper Virus (CDV) outbreak.

“The situation is dire. Although some 200 Ethiopian wolves live in other populations in the Simien, Arsi, Wollo and Menz, the Bale Mountains remain the stronghold for the survival of this emblematic canid and their survival relies in the effective management of disease risks in the future. For that purpose, EWCP, BMNP (Bali Mountains National Park), Frankfurt Zoological Society and EWCA (Ethiopian Wolf Conservation Authority) are working together on an integrated disease management plan to tackle the risk of disease, which we hope to implement soon in the Bale Mountains”, says Professor Claudio Sillero, EWCP founder and director. 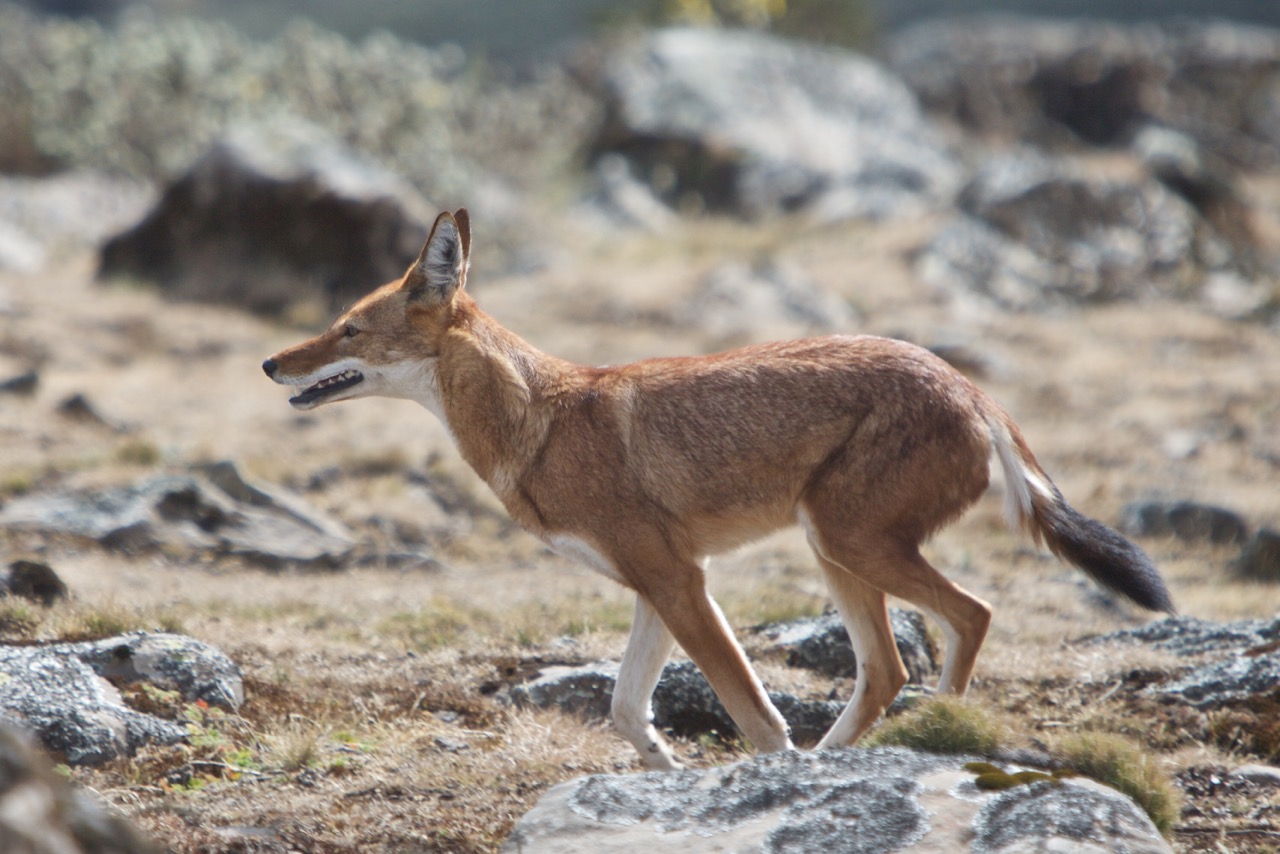 EWCP had been trialling a CDV vaccine when the outbreak unleashed. Once permission was granted in February, EWCP was able to extend the CDV vaccination trial to assess its efficacy in protecting wolves. Because of the difficulty and time needed to capture wolves, vaccines are best delivered with bait.

“We now have a safe vaccine, a suitable bait, an efficient delivery method and trained monitoring teams in place – all crucial steps which open up the possibility for scaling up the oral vaccination and protecting the wolf populations at risk, before disease strikes again”, says Sillero.

Apart from the threat of human encroachment in the Ethiopian highlands, difficulty in accessing the terrain and limited funding makes EWCP’s work extremely difficult. Coupled with that is a lack of global awareness about these isolated creatures. Sillero personally guides wolf-watching conservation safaris, the proceeds of which supports the ongoing work of EWCP. Seeing Ethiopian wolves in their natural environment is no doubt a transformative experience, but the charismatic wildlife of Africa, the Big 5 and migratory herds attract so much more global attention that the Ethiopian wolf is not only threatened by its shrinking habitat, it is also threatened by our ever-shrinking awareness, to the extent that we might be closing the door on yet another enigmatic species.