It’s a rare traveller who isn’t mesmerised by the quality of the light in Africa: the bright sunshine over lush vineyards after spring rain; the deep blue of the Okavango Delta skies; the dusty sunsets over the Serengeti.

But one corner of the continent is becoming famous not for the quality of its light, but for the absence of it. Since 2012 Namibia’s NamibRand, Nature Reserve has held the accolade of being Africa’s first and only International Dark-Sky Reserve (IDSR).

Even in the bright light of day the remote NamibRand Nature Reserve in south-western Namibia, it is a remarkable place. One of the largest private nature reserves in southern Africa, it conserves over 200, 000 hectares of delicate pro-Namib stretching from the Namib-Naukluft National Park in the West to the imposing Nubib Mountains in the East. Since its establishment in 1984, it has become a crucial wilderness corridor for seasonal wildlife migrations, and conserves a delicate desert ecosystem that’s rich in biodiversity.

But when the sun sets, the sunburnt skies above the NamibRand come alive. With the nearest town 140 kilometres away, the lack of artificial light creates one of the most remarkable stargazing opportunities on the planet.

“Viewing the pristine night sky over the NamibRand is an unforgettable experience”, explained Dr George Tucker, who first identified the NamibRand as a potential Dark-Sky Reserve and led the certification effort. “Being recognised as a gold-tier International Dark Sky Reserve will serve to promote and protect this valuable resource. Achieving this status is a significant accomplishment not just for the NamibRand, but also for Namibia and all of Africa.”

The network of International Dark-Sky Reserves – of which there are 11 worldwide – is an initiative of the US-based International Dark-Sky Association, a non-profit organisation that works to minimise light pollution and protect the night skies for present and future generations. Gold-tier status is reserved for those nighttime environments with little to no impact from artificial light pollution.

“The night sky over the NamibRand Nature Reserve is exceptional, as are the efforts the Reserve has taken in modifying its lighting for the sake of its wildlife and visitors”, added Bob Parks, Executive Director of the International Dark-Sky Association at the time of the NamibRand’s certification.

Efforts by the various lodges in the NamibRand Nature Reserve include shielding and reducing the strength of exterior lights; limiting the use of vehicles after dark; and conducting an annual audit of light pollution. The end result is a view of the Milky Way that will simply take your breath away. And happily, there’s no shortage of ways to soak up the heavenly views.

The various camps in the Wolwedans collection offer stellar safaris with well-trained guides to talk you through the Milky Way.

Keen amateur astronomers should also book a few nights at andBeyond Sossusvlei Desert Lodge. Each of the 10 stylish desert villas offers a large skylight right above the bed for laid-back stargazing; but the Lodge is also home to an impressive observatory, where resident astronomers conduct nightly stargazing sessions using a powerful computer-assisted Meade LX200R 12-inch telescope.

The winter months (April to September) offer the best chance of clear skies, with sunset around 6pm and a remarkable display of star-clusters, galaxies and the southern constellations to discover. 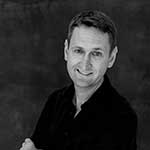 RICHARD HOLMES
Richard Holmes is a freelance travel, food and lifestyle writer based in Cape Town, South Africa. His work on African and international destinations has appeared in a wide range of consumer publications both in South Africa and abroad.